GREETINGS FROM YOUR ENGLISH TEACHER

MY DEAR LEVEL 2 STUDENTS: Hi! this blog is an additional tool to learn effectively and encourages the student to learn as much as he wants about a certain topic, and not only what is taught in the book. IMPORTANT: this blog is not meant to be the class on line, it only highlights and enhances what is taught by your teacher in class. You´re welcome to write any comments and suggestions, and of course, to take as much advantage of this blog as you can.
Posted by Language Planet Toluca Center at 11:38 AM No comments:

Future with going to

CLICK ON THE LINKS BELOW TO DO THESE EXERCICES
REVIEW TENSES

Posted by Language Planet Toluca Center at 8:51 AM No comments:

CLICK ON THE LINKS BELOW TO DO THESE EXERCICES
REVIEW TENSES

To know more about the topic

Posted by Language Planet Toluca Center at 8:51 AM No comments:

Email ThisBlogThis!Share to TwitterShare to FacebookShare to Pinterest
Labels: PRESENT CONTINUOUS, REVIEW OF TENSES: SIMPLE PRESENT, SIMPLE PAST AND FUTURE: GOING TO

- Let´s make some pizza for dinner!
- Sorry, we can´t. There isn´t any cheese. 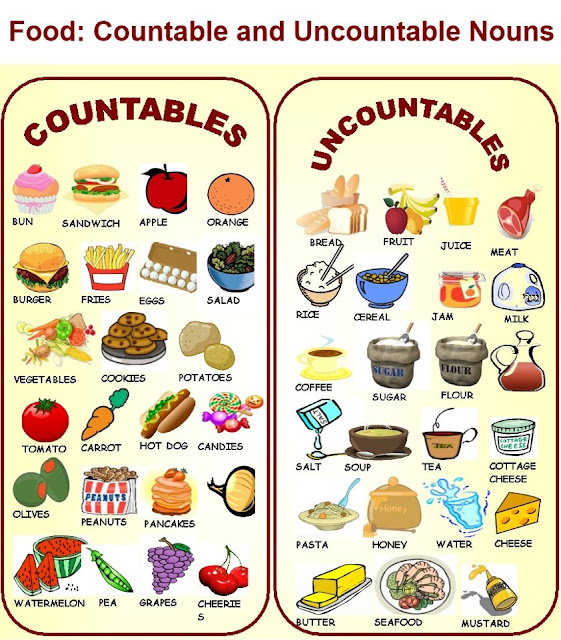 Do the next exercise
Food exercise

Of the nouns written below, ask the proper question: 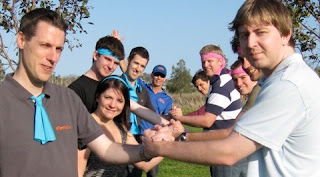 HOW DO I KNOW IF IT´S COUNTABLE OR UNCOUNTABLE?

The non-coun nouns are also called uncountable or mass nouns.


What nouns are uncountable?

WANT TO DO SOME EXERCISES WITH COUNT AND NON-COUNT NOUNS?
http://web2.uvcs.uvic.ca/elc/studyzone/330/grammar/count1.htm


NOW THE GAME!!
YOU HAVE TO KILL ALL THE COUNT NOUNS! BULLETS LIMITED, TIME LIMITED...READY? KIL 'EM ALL!
GO!
http://www.eflnet.com/grammar/cncgame.php

a can of soup
two cans of soup


Examples:        a bunch of carrots
a head of lettuce
a loaf of bread

Examples: A bowl of strawberries
a cup of coffee
a dish of salad
a glass of water
an order of bacon
a piece of apple pie